Bankruptcy and Insolvency Lawyers in Hyderabad

Are you looking for Bankruptcy and Insolvency Lawyers in Hyderabad? Mr. Sai Krishna Azad having 15+ Years of experience and most trusted high court lawyer in Hyderabad.

Insolvency is a state suffered by an individual, organization, or community when the debtor is in a condition where he cannot repay the credit he borrowed initially to start a business.

With this intention, if the person, community, organization approaches the court stating his helplessness in paying the owned money is called insolvency petition.

It can be applied under section 9 insolvency act 1928. It mainly comprises of Schedules A-F where the debtor should declare all the statements about his helplessness in paying the debts.

Under schedule B he has to declare the number of people to whom he behaved as the creditor in the past along with the correct details of the money. Likewise, all the schedules should be clearly and notably declared by the debtor.

Before doing it the court will distribute the assets of the debtor on the priority of debts he took from the creditors.

There is a chance that the petitioner can approach the court for arbitration were he withdraws the petition and would like to settle down the debts he took in the past with the creditors or respondents.

even the respondent has right to claim the court for decree where the court has to look over the insolvent for repaying the debts to respondents in case the debtor gains any property in the future. 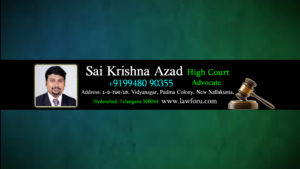 Why are we the best?